Thanks to everyone who participated in the main Bell’s Bothy Challenge event at Camasunary earlier this month.  We had lots of support and I would particularly like to thank Misty Isle Boat Trips in Elgol and Matt’s brother in law for their assistance getting the rubbish we collected from Camasunary to the appropriate dump!

The first weekend was cold and the “big house” had been empty for a while, so even when the sun was shining it was cold!  As we had to carry in all the stuff we needed for a long weekend luxuries like a pair of shoes were left behind.  As a result of this, coupled with damp socks and only one spare pair, I really thought I was going to get chillblanes in May!

Staying in the house was odd.  Although we have never stayed in the bothy, preferring the luxury of our campervan usually parked on Loch Slapin, the facilities in the house which included plumbing, a wood burning stove and a full and well equipped  kitchen seemed a bit out of place.  We almost felt as if we were cheating, however they were much appreciated, particularly the piping hot baths!

Once the sun started shining it was amazing – Skye as most of us have never seen it before – cloudless skies and no midges – for over a week!

The number of challenge participants were less than we had hoped, although we are looking forward to blogs from those who did complete a challenge (email me for an invitation to blog at theneilmackenzietrust@dr.com) but we had plenty of help when it came to the beach clean.  We made a real difference over the two weekends, with the help of friends and bothiers.  All the rubbish that had been collected in March by helpful overnighters was removed from its secure storage behind the bothy (a bone of contention with MBA) and a collection point was set up on the west side of the burn.  We left rubble bags in the bothy with a note for people to fill them, and they did, and we also started a collection on the other side of the burn. Thanks again to everyone who helped. 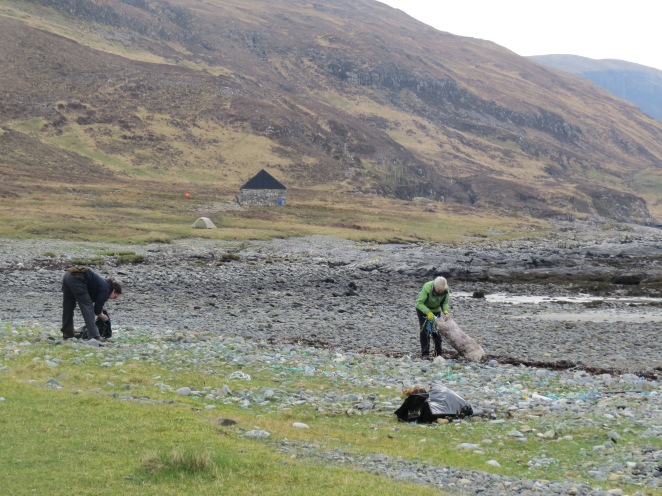 We organised for the rubbish to be collected by boat by Misty Isle Boat Trips.  Thanks to Anne and the team for your generosity and support.  If anyone is planning to go from Elgol to Loch Coruisk or to visit Rum or Canna – please support Misty Isle.  Once out of Camasunary the rubbish has been/will be transported to an appropriate place by Matt’s brother in law (sorry! I don’t know your name!). Thank you for your help!  Unfortunately there is more to do, and we hope some of you will be able to join us for the next clean on 1st July – Canada Day.

It may not look much but it was heavy!

Our particular challenge was one of organisation and co-ordination, especially when it came to the food! Firstly, we had to carry everything in, including sheets, towels, clothes (and changes of clothes in case of wet weather) and, of course, food.  This may not seem a lot for hardened hikers, but for us it made a one and a quarter hour walk into a walk that took close on two hours.  We were in Camasunarie House for 4 nights and numbers varied from just the two of us to 8 of us on the Saturday night.  I issued strict instructions that everyone should bring enough food and drink for themselves but be prepared to share.  Simple, I thought, but easily misinterpreted, as it turned out.  We must have had enough food, wine, beer and whisky for a week!  The challenge, then was to encourage people to take it away again, without hurting any feelings, and without having so much left that we were left to take out more than we had brought in!

Following the first weekend we set about a bit of a holiday on Skye.  We stayed well south in the island but visited places we hadn’t been to (or been to together) – Glen Brittle, Fairy pools, Port na long, Eynort, Loch Coruisk, and some known places – Camas Malag, Sligachan, Sleat and of course Elgol and Broadford.  The weather was clear, warm and sunny although there was a cool wind most of the time, and we managed to see a wide range of wildlife and wildflowers including seals, an eagle, an adder, a slow worm but no trout!  The eagle was high above the ridge between Loch Coruisk and Camasunary and we think it was a sea eagle, but can’t be sure!  We managed a few more beach cleans – Glen Brittle (not a lot to do), Camas Malag (better for having had a go at it in early April), Loch Coruisk (Thanks again to Misty Isle for allowing us to take rubbish, and for stowing it, on a busy return boat from Loch Coruisk). 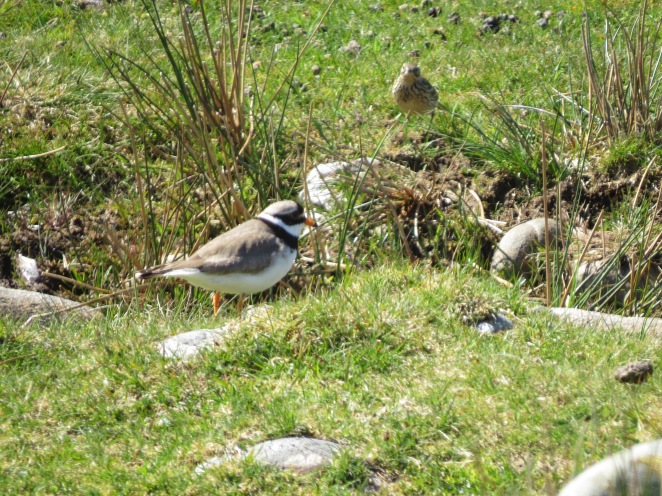 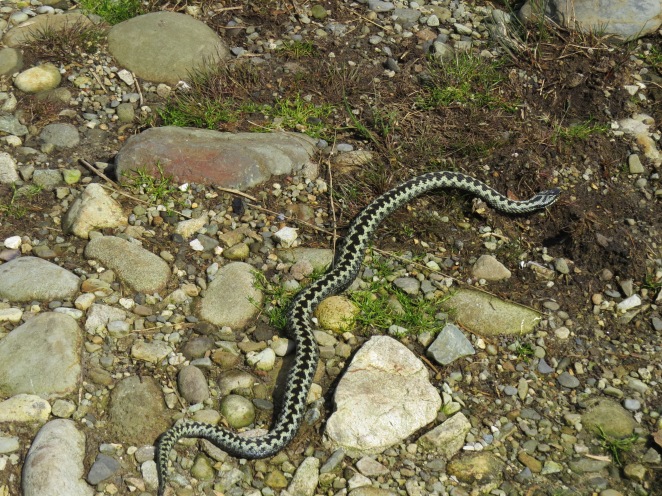 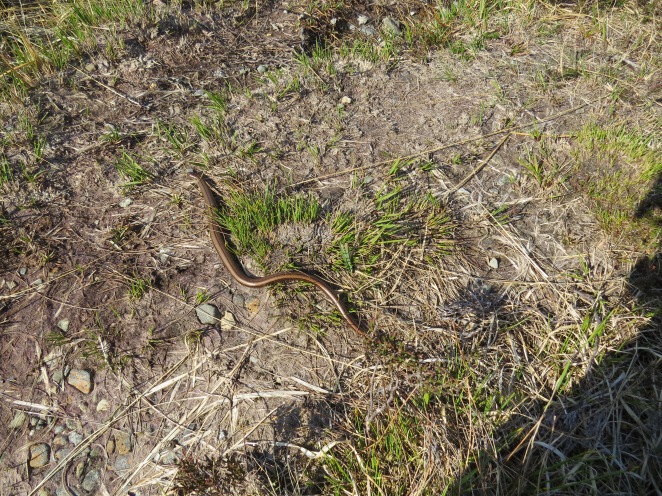 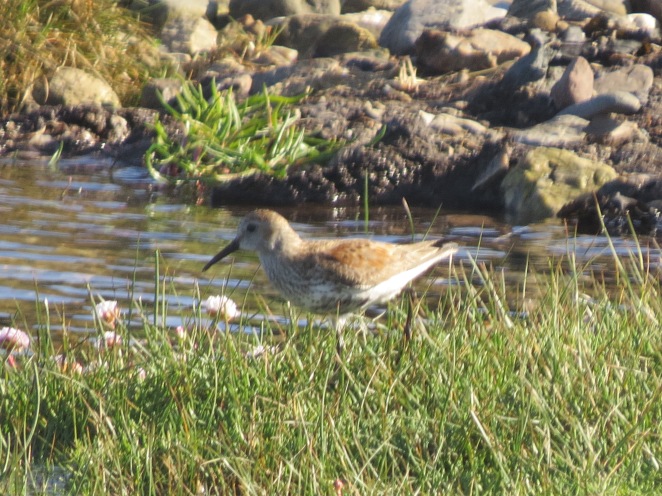 The next beach clean at Camasunary is on 1st July, and we are hoping for lots more help, then.  There is a family friendly sponsored walk on 24th June at Dunmaglass Estate, near Inverness, and our next, and biggest, challenge is MS Bike on Vancouver Island on 19th -20th August.  We are raising money for MS research in Canada to thank everyone in BC for all they did for us after Neil’s accident – and for ever $100 dollars raised we will be donating £10 to The Neil Mackenzie Trust (plus Gift Aid, of course)!  We hope that you will help us support MS and the Trust.

To support us without noticing …………… when you buy from Amazon go to Amazon Smile, choose to support The Neil Mackenzie Trust, and shop as normal.  A small amount of each sale will go to the Trust. To date (Feb 2020) £37 has been donated by Amazon.